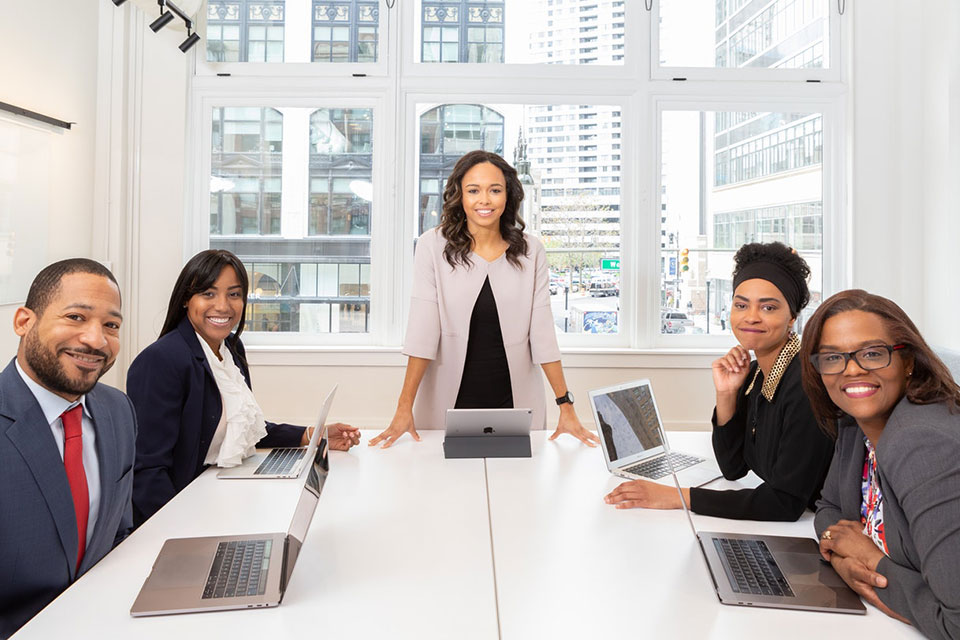 As we’ve said, women have always been an innovative, intricate part of the computer and technical field. Their inspired work is not relegated to a past time. It continues today as women constantly make breakthroughs and discoveries. We’ve gathered a list of some of these inspiring women who continue to make history – as women, inventors, and tech superstars.

Erna Schneider was born in Irvington NJ in 1926. At a young age she read a biography of Marie Curie and was inspired to learn more about science. And learn more she did. Mathematics drew her in and became a passion and inspiration to her life.

She received her BA from Wellesley College, and 2 Ph.D’s from Yale. She married Charles Hoover, and he was very supportive of her growing and developing her career. Despite her talent, Erna was unable to get a tenured position at Swarthmore College, where she taught logic and philosophy. Instead, she joined Bell Labs.

There she quickly learned the ins and outs of the exciting growing endeavor – computer science. In those times, telephone calls were mechanically switched, and the systems were being overwhelmed. When too many calls came in at one time, the entire system would freeze or hang up on itself. While in labor with one of her daughters, Erna came up with a plan to elevate the problem and prioritize the calls – the first computerized switching system. It gave the system great flexibility, and is still used today. Erna retired from Bell Labs after 32 years. She has served on the board of Trustees of The College of New Jersey, where she worked to increase the number of women faculty members. She still lives in New Jersey and remains an amazing Woman in Tech.

You probably know Susan Kare’s work, even if you don’t recognize her name. Her doodles and graphics adorn the entire computing world.

Susan was a member of the original Apple Macintosh design team, thanks to her high school friend, Andy Hertzfeld. Working with graph paper, she sketched out those very first icons that helped make Apple computers (and all other computers) be more human friendly.  The work she did required a blend of simplicity, since she only had a very limited space to work with (16 x 16 pxls), and recognizability. People had to be able to understand that the little envelope was mail. Susan is the person that gave Apple its likeability. After developing this style, Susan went on to design icons for NeXt, Microsoft, Facebook, and, now, Pinterest, where she serves as a creative director. Her work has been featured in a number of museums, including MoMA.

At the age of 26, Valentina Tereshkova, became the first woman to go in to space. She always had a love of skydiving. In fact she became a competitive parachutist at the local air club. Although not originally interested in becoming a cosmonaut, her expertise in parachuting was considered a great benefit. That, along with meeting size requirements, and her determination, got Valentina the prestigious assignment as the first woman in space.

She spent 3 days orbiting the earth as part of the Russian space program. It wasn’t until 20 years later that the US sent up their first woman astronaut, Sally Ride. To this day, Valentina remains the only woman to have been on a solo space mission. Both women achieved their dreams, and helped open the skies to women everywhere.

Many people were involved in the creation and broad development of the internet as we know it today. Few are as influential and innovative as Radia Perlman. She attended MIT, where she was one of only 50 women in the class of over 1000.

While there, she worked at the LOGO lab (part of their artificial intelligence laboratory). She created a child-friendly version of the educational robotics language LOGO, called TORTIS (“Toddler’s Own Recursive Turtle Interpreter System”). Research showed that even toddlers as young as 4 were able to program a LOGO educational robot called a Turtle. This set Radia ahead of the curve as a pioneer of teaching young children computer programming.

After graduating with her Ph.D., she worked for a Government contractor that developed software for network equipment. From there she went on to work at Digital Equipment Corp. That is where she developed the Spanning Tree Protocol or STP, which acts as the traffic coordinator of file sharing between computers. We don’t think of it now, but there was a time when computers weren’t really in to sharing. Radia helped solve that problem. She has gone on to write several textbooks, and continues to find better methods for computers to communicate safely. Thanks to Radia – the internet continues to be a connected, well trafficked, and safer place.

Barbara Liskov was always interested in mathematics. Her parents encouraged and supported her interests in math and science, never telling her that it wasn’t a place for a girl.

Barbara studied mathematics at Berkley. When she wanted to advance her studies, she applied to Berkley and Princeton; however Princeton wasn’t accepting female students in the math department. She decided to move to Boston, and discovered she had a fascination for computers while working at Mitre. Within a year she took a programming job at Harvard where she worked on language translation.

Her attraction to computers continued and she finally received her Ph.D. from Stanford. She believed that software could be easier to construct, modify, and maintain. She returned to Mitre and worked on numerous projects. She designed CLU, an object-oriented programming language, as well as Argus, a distributed programming language. Both of these would be essential to the development of other languages used in modern computer every day, like Ada, Java, C++, etc. Without her developments, we wouldn’t have software applications for personal computers, the Internet, and all of the associated IoT.  She is an Institute Professor at MIT and head of the Programming Methodology Group, where she continues to research and inspire. Barbara is a standout of the Women in Tech and History!

Limor Fried loves electronics and tinkering. Her online moniker, LadyAda, comes from her admiration and inspiration for Ada Lovelace, the women who’s algorithms were the basis for many technology advancements.

Her passion for electronics and tinkering started before she even attended MIT, but that’s where it blossomed. Some of her first projects included a low-power RF jammer that prevents cell phones from operating in a user’s personal space (she doesn’t like cell phones) and an open-source hardware charger. While at MIT, she started a small side business for students. She would put together and sell little kits with all the electronics they needed to get started building their own portable music player. This little side business blossomed over time and became Adafruit Industries, a company that gives everyone the pieces they need to get started in electrical engineering and have a fun, positive experience. Her goal is to let everyone know how cool it is to be an engineer. And she certainly does make it look very cool – while she’s making history.

These amazing women continue to rock the tech world. As you can see from all of them, passion keeps them going and learning and creating. What do you think of these amazing women? Are there others in the field that inspire you? Let us know in the comments or join the discussion at the SheTek Community.